In this week’s making of, I will show some early designs from panel 4 of the story: ‘Jump Point’ (Make sure to click on the pictures to view them full-sized!)

The original idea was to have our Cutlass (Havik) leaving Spider and flying towards some sort of beacon which was the jump point.  I took some models and concept art from around the internet to set up the basic composition. 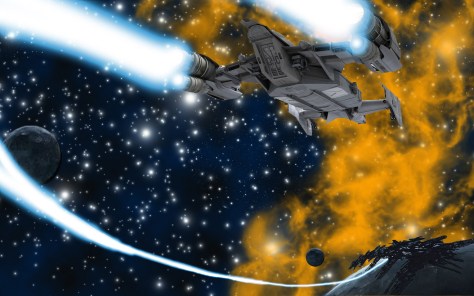 I wanted to have our ship swooping out and back into the frame, showing it’s movement with the engine trails. 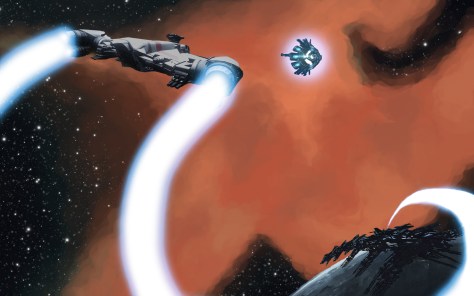 I started hand drawing the space and nebula background under what was a more finalized composition.  After that was set up I started drawing all of the other components for the actual drawing. 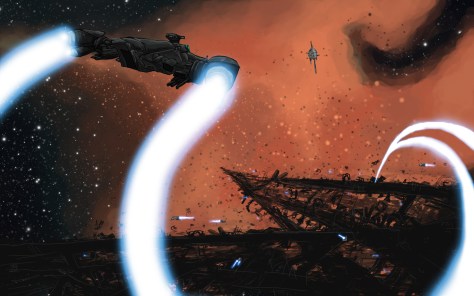 I started experimenting with how the engine trails should look as well. 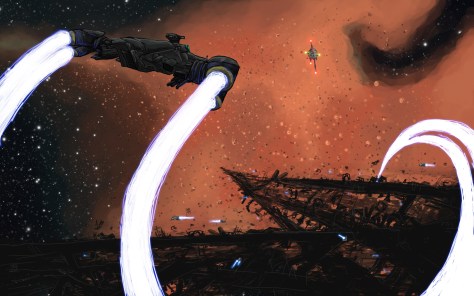 Here is a closeup of different versions I tried. 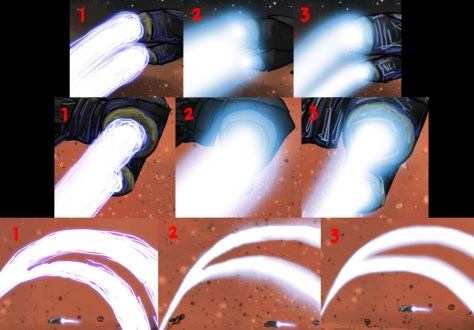 1 is a more lined hand drawn look, 2 is an almost completely digital look, and 3 is the final.  The look of the trails has evolved in later panels, which I will discuss in a future making of.

I also had to decide how Spider might look from this distance.  Since it is a floating mass of wrecked ships welded together, I simply just took my design and layered variations of it on top of itself with varying opacity. 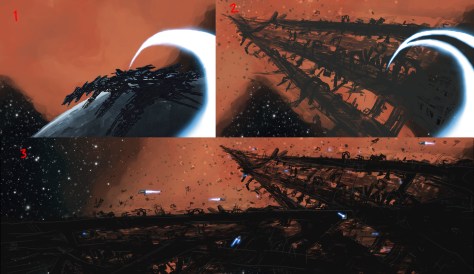 1 is cut from a very early official concept art of Spider which I used to set the original composition.  2 was my first design of the twisted metal and debris forming a city.  3 is the final version which was darkened and layered to give it more depth and more scale.

Here is the final version of ‘Jump Point’

Note that I enlarged the ship itself a bit to make it more of a focal point. 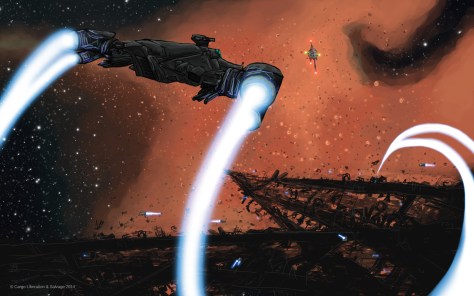 That is all for this week’s making of blog post, I hope you all enjoyed this small glimpse into the making of panel 4.  Next week I will show what went into the design of the cargo ship that Rekks and Jace have assaulted as well as more of the evolution of my engine trail designs.