This week I will discuss the art that went with issue 6 of our story, ‘Going Dark’ (Make sure to click on the images to see them full-sized). The original concept for this drawing was a simple cockpit view from our Cutlass.

When we were first trying to design it the interior of the Cutlass had not been released, so no one really knew what it looked like.

This was the first idea, drawn by the writer of our story, just to get it storyboarded out… in MS Paint. 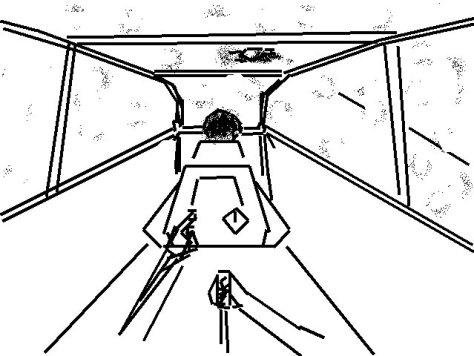 Fortunately after waiting a bit to draw this panel, the interior of the Cutlass was actually released.  This is the first version of the drawing I made using the official cockpit. 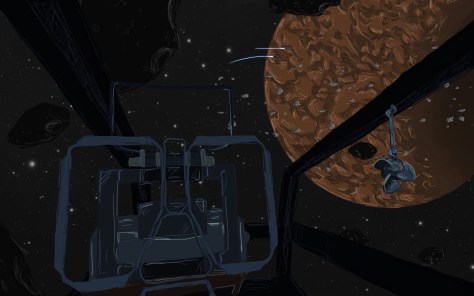 Note the brightness of the fan on the right side.  This upset the writer quite a bit.  We had discussions about how bright it should be for hours, I darkened it many times until it hit the tone he wanted. I also added in the base blank panels. 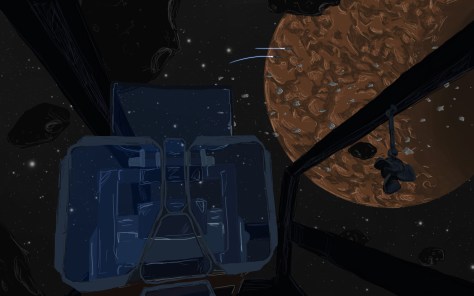 I was not quite sure what sort of HUD I wanted to have showing on the panels.  Again, I went to the writer for suggestions. 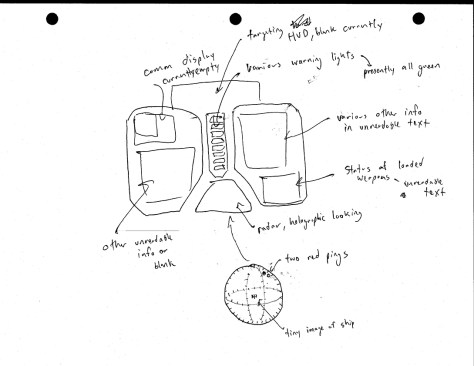 Working from that, I wanted to make something with some colors since this was a fairly flat piece of art.  I tossed together a very quick idea to confirm that this would make sense, here is my version. 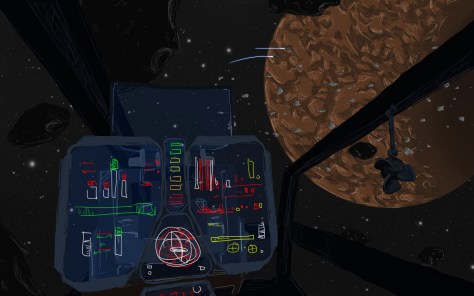 I ended up mostly going with something like this.  Playing around with different shapes and opacities.

The final drawing from part 6: ‘Going Dark’ ended up looking like this. 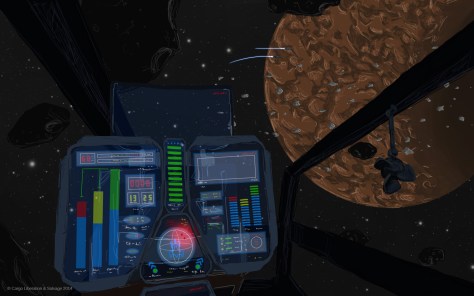 Thanks for checking out this week’s making of blog!